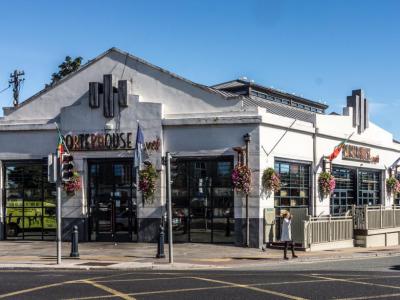 The Porterhouse in Temple Bar is the main outlet of the Porterhouse chain of pubs, and was opened in 1996 as Dublin's first pub brewery with a strict philosophy to offer a diversity of good beers.

In particular, this craft beer pub, endowed with Irish essence to the very bone, prides itself on making the best lager in Ireland, if not the whole world, called Weiserbuddy, along with a line of other in-house beers from their own Dublin-based brewery (situated just 20 minutes outside of the city, producing top-quality beers one has ever put to their lips!) are served daily along with delicious food and wonderful music. At Porterhouse, they are passionate about all great beers out there, not just their own, housing over 150 brews from around the globe.

The owners of The Porterhouse helped create the Founding Charter of the Brewers and Masters Guild of Ireland. In general, this place is as important to Dublin as beer is important to the Irish people. Just pop in here and check it out for yourself!