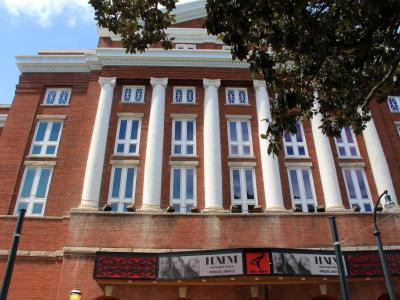 A century-old church that's been redecorated into a stylish music venue, the Tabernacle building has a rich and storied history. Opened in 1910 as The Broughton Tabernacle, an infirmary with just three beds, it then became The Georgia Baptist Medical Center and Nursing School, The Third Baptist Church (an active congregation with over 4,000 members), The House of Blues (for the 1996 Olympics), and now as we know it, The Tabernacle – or just 'The Tabby'.

Managed by Live Nation, the world's largest live music company, the theater has amazing acoustics and a stage well-equipped with the latest sound/light systems. It's a great spot to see a show, and the balcony seating provides majestic views with potentially a little more breathing room in the approximate 2,600 person capacity venue.