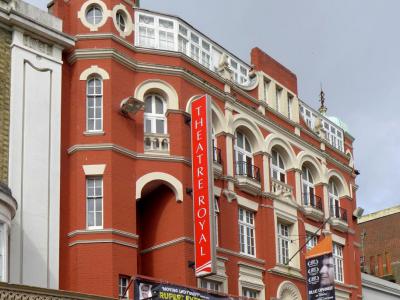 The Theatre Royal is a theatre in Brighton, presenting a range of West End and touring musicals and plays, along with performances of opera and ballet and a Christmas pantomime. In 1806, the Prince of Wales gave Royal Assent for the theatre to be built and it opened on June 27, 1807, with a performance of William Shakespeare's Hamlet. Since 1999, the theatre has been owned by the Ambassador Theatre Group. In 2007, the theatre celebrated its 200th anniversary with a visit from Queen Elizabeth II who renamed a box after herself.
Image by Oxfordian Kissuth on Wikimedia under Creative Commons License.
Sight description based on wikipedia