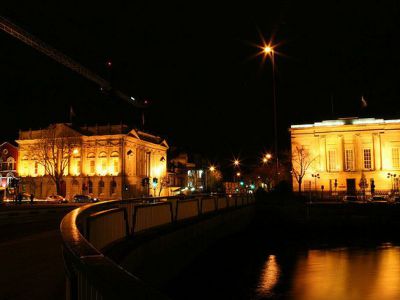 Though the structure might have changed from the inside, the Thomas Crosbie Holdings headquarters is a must visit for its grand appeal and presence.
Image by Piotr Czarnecki on Flickr under Creative Commons License.