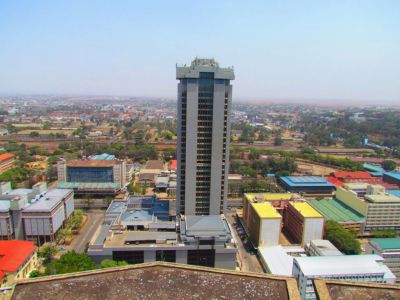 As well as being specially designed and built to withstand earthquakes, the building was also developed to measure seismic activity in the region and collect scientific data. The innovative architectural design has its foundations forming two deep basements that rest on a concrete raft to protect it from seismic shifts in the earth. The tower is open every day, except public holidays; however, around the 20th of each month it is quite congested with Kenyans filing their taxes.
Image by Dexxe on Wikimedia under Creative Commons License.
Sight description based on wikipedia