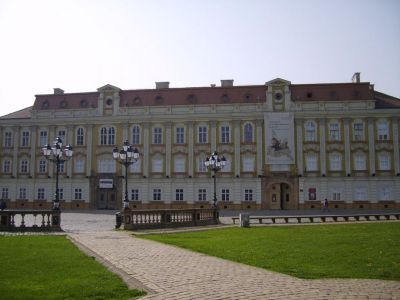 The history of the art collection begins with the Banat Museum’s establishment in 1872. To the humble beginnings of the actual section of art, dating back to 1879 when the first painting was registered, is added an important donation from Ormòs Zsigmond’s collection, who was one of the museum’s founders, in the period between 1888 and 1895. His donation, which included Italian, Dutch, German, Austrian, Hungarian and Romanian paintings, formed the nucleus of the Timisorean museum. In 1979, the Art Section of the Museum had a collection of 7000 pieces, which from 1987 continued to evolve under a new roof in the west wing of the Baroc Palace, located in Piata Unirii. Since 2006, the Art Section is an independent museum.