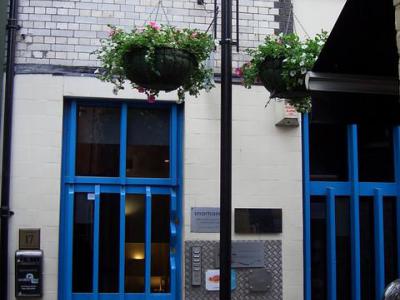 Trident Studios was set up by brothers Barry and Norman Sheffield in 1967. Its laid back atmosphere was a departure from traditional studios, like the EMI at Abbey Road, where sound engineers used to walk around in white coats. More importantly, Trident was the engineering pioneer of its day – they were the first in the UK to use Dolby and install an 8-track recording desk. The conservative Abbey Road engineers would spend months on testing new equipment before it was used for recording, but at Trident it was straight in use as soon as it could be plugged in.

It was mainly for the latter reason that The Beatles were determined to abandon their Abbey Road studio for the recording of "Hey Jude" in 1968, as well as for other songs. Separately, the Fab Four have all recorded music here in their respective solo careers.

After the Beatles gave it kudos, Trident became one of the most popular studios in London and was used to record much of the truly defining music of the 1970s. It was the launchpad for many legendary artists such as David Bowie, Queen, or Elton John, and was booked by the likes of Lou Reed, Carly Simon, Genesis, Supertramp, and Black Sabbath, among others.