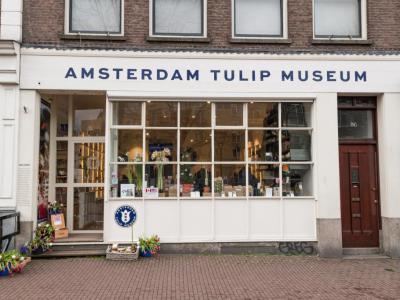 Located in the picturesque Jordaan neighborhood of Amsterdam, this small but rather fascinating museum is dedicated to the most notorious flower in the history of the Netherlands – the tulip. This flower has played such an important role in shaping the country that it is only natural to have a museum solely dedicated to telling its tale; the Tulpenmuseum (Tulip Museum) does exactly that!

Tulips came to the Netherlands and the rest of Europe in the middle of the 16th century from the Ottoman Empire. This delicate flower soon caught the attention of the nobility and was brought for cultivation on the Dutch soil. The flowers gained huge popularity, especially with the elite, and became symbol of a high social status. The rarer the color of the flower was, the more precious was its bulb. Variations in color, petals, and other facets pushed the market upward to unprecedented highs. In some instances, records say, people were eager to pay up to 10 times(!) their annual income for a single tulip bulb. The so-called “Tulip Mania”, as it's known today, peaked in 1637 and caused severe damage to the Dutch economy.

Why You Should Visit:
Small but informative museum packed to the brim with everything you need to become a tulip addict.

Tip:
The gift shop at the entrance is cute and has plenty of interesting souvenir options.
Also known as one of the few places that have "certified" bulbs for the USA & Canada.
Location-wise, it is right near the Cheese Museum so you can get your fill of cheese at the same time!