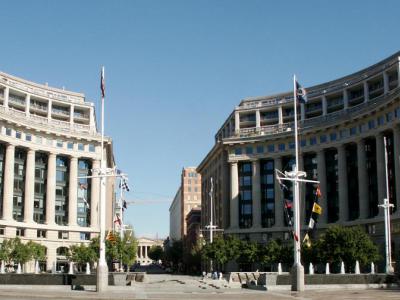 This memorial is dedicated to all those who have served and all those who are currently serving in the U.S. Navy, U.S. Marine Corps, U.S. Coast Guard, and the Merchant Marines. The memorial was years in the planning stages and was finally dedicated in 1987 which coincided with the 212th birthday of the U.S. Navy.

Interestingly, the memorial was the dream of Pierre L’Enfant who served with General George Washington. President John Kennedy revived the plan and the naval memorial finally started to become a reality. It still took many years of dedicated fundraising and a final push by Admiral Arleigh Burke to bring the project to fruition.

One of the most touching tributes to sailors everywhere is The Lone Sailor, a piece of artwork done by Stanly Bleifeld. Artifacts from eight different U.S. Navy ships were included in the casting of the statue. The statue looks out over the Granite Sea which is a replica of Earth’s oceans. 26 bas-reliefs depict important events particular to the world’s navies. There are also famous sayings from naval personnel over the years which is a must see. Inside the Naval Heritage Center, there are rotating exhibits and a film featuring the Blue Angels.

The U.S. Navy Memorial is open 24 hours a day. The Naval Heritage Center is open Monday through Saturday in the summer from 9:30am to 5pm. It is closed Sundays and Mondays in the winter and also during Christmas, Thanksgiving, and New Year ’s Day.

Tip:
The majority of the Heritage Center is downstairs, underground via an entrance in a building behind the fountain memorial.
It's not a big center but it's well represented. An added bonus is that they have quiet and clean restrooms.
Image by cliff1066™ on Flickr under Creative Commons License.
Sight description based on wikipedia