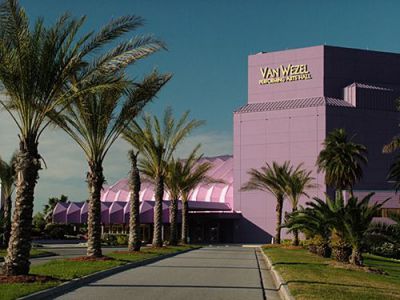 Tip:
Make sure you get seats close to an aisle.
The season is September through April.
Image by Clyde Robinson on Flickr under Creative Commons License.

This sight is featured in a self-guided walking tour of Sarasota, Florida within the mobile app "GPSmyCity: Walks in 1K+ Cities" which can be downloaded from iTunes App Store or Google Play. Please download the app to your mobile phone or tablet for travel directions for visiting this sight. The app turns your mobile device to a personal tour guide and it works offline, so no data plan is needed when traveling abroad.