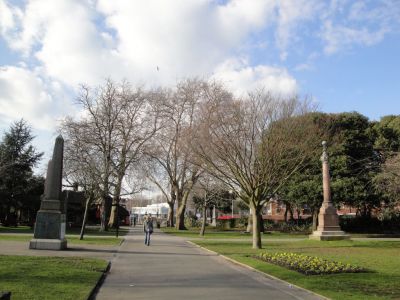 The centre of the park features an enclosed area which inhabits animals such as birds, rabbits and guinea pigs. It is also home to a number of monuments. These mostly consist of obelisks but there is also one in the style of a Chinese temple.
Image by Editor5807 on Wikimedia under Creative Commons License.
Sight description based on wikipedia