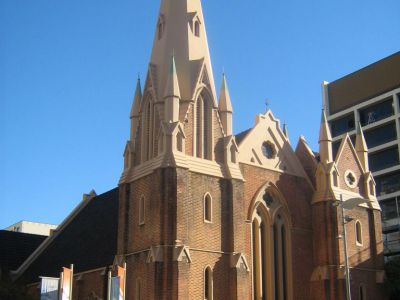 Wesley Church was designed by Richard Roach Jewell, an architect, circuit steward, clerk of colonial works and church member. The foundation stone was laid on 25 October 1867 by Governor John Stephen Hamptona and the church was opened on Sunday 10 April 1870.
Image by Dingo dude on Wikimedia under Creative Commons License.
Sight description based on wikipedia