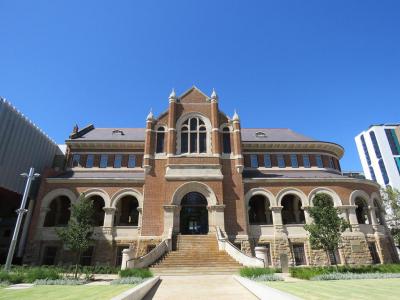 The museum focused its collecting and research interests in the areas of natural sciences, anthropology, archaeology and in Western Australia's history. Over the 1960s and 1970s it also began to work in the then emerging areas of historic shipwrecks and Aboriginal site management. Throughout the Western Australian Museum's history the prominent James Street location has remained central to the Museum's identity and where many large permanent and touring exhibitions have been housed. Most recently the international blockbuster exhibition A Day in Pompei was displayed from 25 May - 12 September which attracted more than 110,000 people.
Image by Nachoman-au on Wikimedia under Creative Commons License.
Sight description based on wikipedia