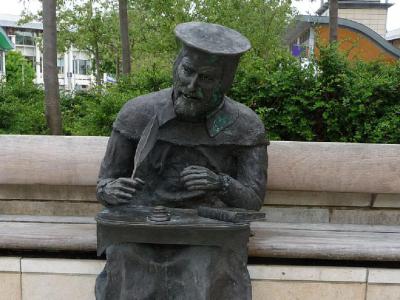 The life-size statue of William Tyndale, martyr and Bible translator, seated on a bench, is located in Millennium Square. The statue shows him working on the translation of the New Testament. In 2008, vandals attacked the statue, which was taken away, repaired, and reinstalled. William Tyndale (1494–1536) was an English scholar who became a leading figure in Protestant reform in the years leading up to his execution. He is well known for his translation of the Bible into English.
Image by Immanuel Giel on Wikimedia under Creative Commons License.
Sight description based on wikipedia