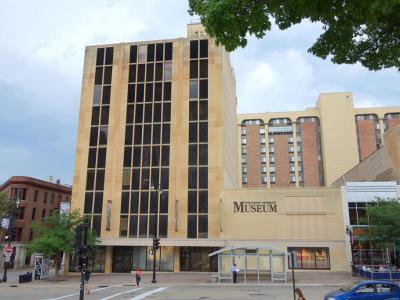 In the 20th century gallery, exhibits illustrate Wisconsin veterans' roles in the Mexican Border campaign, the First and Second World Wars and also the Korean, Vietnam and Persian Gulf conflicts. Three full-scale aircraft, a Sopwith Camel from World War I, a P-51 Mustang from World War II and a Huey helicopter from the Vietnam War, are displayed in the gallery as well.
Image Courtesy of Wikimedia and Daderot.
Sight description based on Wikipedia.

Want to visit this sight? Check out these Self-Guided Walking Tours in Madison. Alternatively, you can download the mobile app "GPSmyCity: Walks in 1K+ Cities" from iTunes App Store or Google Play. The app turns your mobile device to a personal tour guide and it works offline, so no data plan is needed when traveling abroad.

The city was named after President James Madison and made the state...  view more