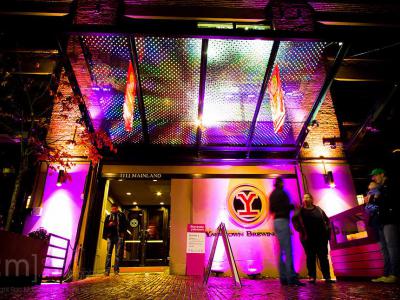 Founded in 1994, the Yaletown Brewing Company was the first brewpub to open in Vancouver, and is the largest and most famous such pub in the city. Vancouver's original and best brewpub, it came into being just as the former warehouse district of Yaletown was beginning to emerge as a destination for businesses and residents.

Set in the extensively and beautifully renovated original red-brick warehouse, this pioneer of the city’s craft beer scene helped a great deal in the revitalization of Yaletown. In essence, the YBC is the materialized vision of a true neighborhood pub - a welcoming gathering place, whether you arrived dressed in a suit or flip-flops.

Alongside a lively pub section with TVs, pool tables and a fireplace, where you can enjoy some great local beer, it has a 160-seat restaurant section, where you can sample some high quality food together with the same tasty beer. All of this makes the YBC a one-stop destination for everything, from large corporate events to quick after-work beers with the regulars. Sitting outside on its huge patios (converted original loading docks) are ideal to eat, drink and take in the neighborhood's atmosphere throughout the warmer season.
Image Courtesy of Flickr and Rob Masefield (masey.co).