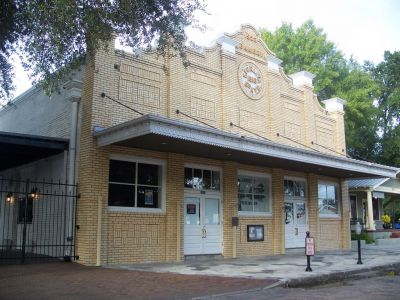 Situated in what was likely the very first bakery to serve Cuban Bread on American soil, Ybor City Museum State Park is the best place to begin a tour of the Ybor City Historic District. Here you will find informational displays about the cities immigrant population and the cigar-producing heritage they brought with them from Cuba.

The main building and entrance to the museum are housed in La Joven Francesca bakery, established in 1896 but sadly burned down in 1922. The only object left was the brick oven, which owner Francisco Ferlita built a new bakery and a second oven around. The building stands proudly on the corners of East Ninth Ave and North 19th Street, along with a casita and a lovely garden that hosts events throughout the year. The casita is a typical cigar worker's home from the period, built and paid for by the factories as an incentive.

During its heyday, the bakery and garden were one of the town's most popular gathering spots—you could catch up on gossip, grab your day's loaf of Cuban bread, and enjoy a Cuban coffee. The bakery was a major supplier for bread to the entire city with daily delivery service. Ybor City residents would put nails on their front door frames from which the bread was hung.

The museum tracks Ybor City's history from the development of the cigar industry with self-guided exhibits, a video presentation, and written and audio information. The park is open Wednesday through Saturday from 9:00 a.m. until 5:00 p.m.
Image Courtesy of Wikimedia and Ebyabe.