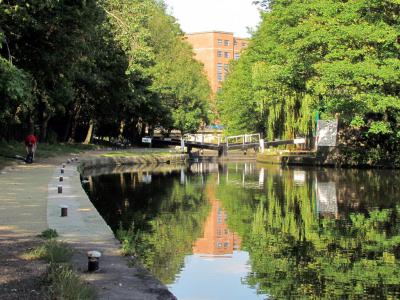 Abbey Park is a public park, owned and managed by Leicester City Council through which the River Soar flows. The park contains the remains of the 12th century Leicester Abbey and the ruins of Cavendish House (built in the 17th century by William Cavendish, 1st Earl of Devonshire using stone from the abbey). The park has regularly won the Green Flag award, a national award made annually to parks which reach a high standard. It has formal gardens, a sensory garden, a boating lake and model boat lake, a miniature railway, visitor centre, cafe, children's play area with paddling pool, pets corner, tennis courts, a bowling green, and a bandstand. Abbey Park now also houses the offices and studios of Takeover Radio within one of its Gatehouse Lodges.
Image by NotFromUtrecht on Wikimedia under Creative Commons License.
Sight description based on wikipedia