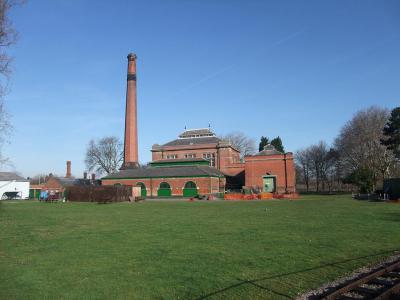 The Abbey Pumping Station is a museum on Corporation Road, opposite the National Space Center. The museum was previously a pumping station used to pump sewage to treatment works at Beaumont Leys. Designed by architect Stockdale Harrison in 1890, the grand Victorian building and beautifully decorated beam engines were a cause of great civic pride. It continued pumping Leicester's sewage until 1964, when it closed for renovation. It opened as a museum in 1972. It is one of a number of historic pumping stations in England that have been preserved. The museum has a narrow gauge railway. There is also a collection of vintage vehicles, which are operated on select days.
Image by Laraloola on Flickr under Creative Commons License.
Sight description based on wikipedia