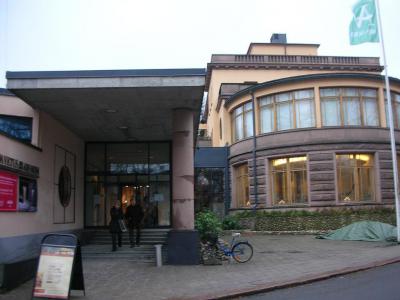 Aboa Vetus & Ars Nova Museum is a museum that pays homage to the history and culture of Turku. Aboa Vetus shares the story of the city dating to medieval times, while Ars Nova focuses on contemporary art. The Latin name of the museum means "Old Turku and New Art."

The museum was originally opened in 1885 as two separate entities. Ars Nova was the first museum envisioned. As items were collected for the contemporary exhibition, many historical artifacts were uncovered. An archaeological dig unearthed even more relics, leading to the creation of Aboa Vetus. The two museums, Aboa Vetus and Ars Nova, were combined in 2004.

The museum is located in a building designed by architect Walter Jung, known as the Rettig Palace, on the east bank of the Aura River. It was built for the Rettig family with an additional area for hosting public events.

The museum is also home to St. Anne's Chapel. The chapel includes an icon of St. Anne painted by artist Mirjam Laine and an altar designed by architects Frank Schauman and Ulla Reunanen. It was consecrated in 2001.
Image Courtesy of Wikimedia and Kalajoki.