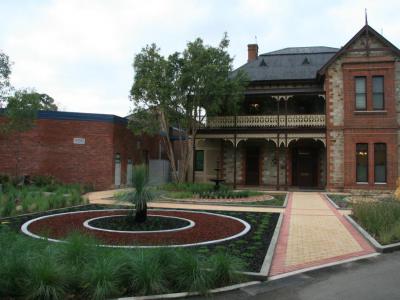 Adelaide Zoo is Australia's second oldest zoo, and the only major metropolitan zoo in Australia to be owned and operated on a non-profit basis. It is located in the park-lands just north of the city center of Adelaide. The zoo houses about 300 native and exotic species, with over 1,800 animals on site. The zoo's most recent enclosures are in the second phase of the South-East Asia exhibit, known as Immersion, providing visitors with the experience of walking through the jungle, with Sumatran Tigers and Orangutans seemingly within reach.

Many features of the zoo are of architectural importance and are heritage listed by the National Trust of South Australia, including the front entrance on Frome Road and the former Elephant House.

The Zoo has a particular focus on species from the Gondwana 'supercontinent' which was made up of South America, India, Africa, Australia and South East Asia. The botanic similarities between the regions are featured in the Zoo’s main exhibits. The Zoo also has a focus on educational programs. There is a selection of "get to know the Zoo" type of tours, a large "children's zoo" area, and from April 2009, an educational area for secondary school students and their teachers. Also, a new educational area called the Envirodome opened in April 2009. Night walks, tours and animal research can be done.
Image by Kevin1243 on Wikimedia under Creative Commons License.
Sight description based on wikipedia