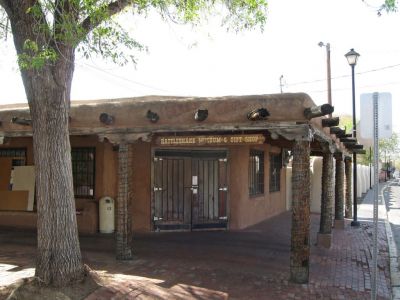 The American International Rattlesnake Museum is a conversation museum dedicated to educating the public about rattlesnakes and other reptiles.

The museum also offers snake memorabilia across a wide range of categories. Some of the items on display are toys, movie posters, shoes, stamps, beverages and license plates.

The museum displays snakebite kits and anti-venom, religious artifacts, Native American artifacts, fossils and a film library featuring snakes. The on-site gift shop is popular with visitors who want to show off their trip to this unique space.

Located in Old Town, the museum rests at the corner of Old Town Road and San Felipe Street. It is a great stop between Old Town Plaza and the Charles A. Bottger House.