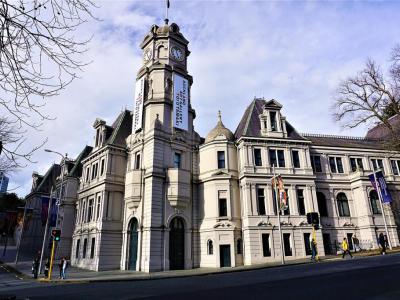 The principal public gallery in Auckland, Toi o Tāmaki has the most extensive collection of national and international art in New Zealand and frequently hosts traveling international exhibitions. In 2009, it was announced that American investor Julian Robertson would donate art valued at $115 million to the Gallery. The donation included works by Paul Cezanne, Paul Gauguin, Pablo Picasso, Henri Matisse, Piet Mondrian, Salvador Dali, Georges Braque, Andre Derain, Fernand Leger, Pierre Bonnard and Henri Fantin-Latour and was the largest of its kind in Australasia. This gallery is housed in an eclectic building, with architecture both modern and traditional housing the pieces.

Tip:
Take the cost-inclusive guided tour – you won't be sorry you did. Afterward, stick around and wander the galleries you missed during the tour.