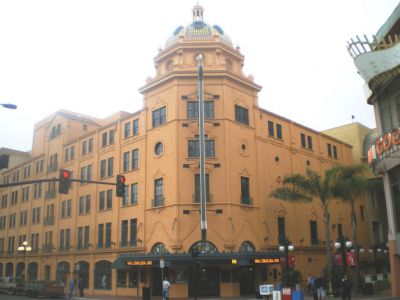 A real gem of San Diego's Downtown area, the historic Balboa Theatre was built in the 1920s, during a time in American history when people loved grandiose-style movie houses – this one has waterfalls flanking the stage! Spanning two streets, it has a seating capacity of 1600, which is almost unheard of in modern-style theatres – just try and find an IMAX that big.

During WWII, the building was converted into temporary housing for the U.S. Navy. After the war, it did not do well, and almost fell into disrepair. Local attempts were made during the 1970s to bring some attention to the old theatre by listing it on the official City list of historic locations. It was opened for a few years as a movie house, but then had to be closed again for lack of sufficient business. In 1985, at long last, the City of San Diego purchased the building and restored it; by 2008, it had reopened for live musical events and concerts – a colorful, feel-good venue to catch a show.

There is plenty of friendly staff and clean bathrooms; bars are located on each floor and ushers at every door.
Image by Los Angeles on Wikimedia under Creative Commons License.