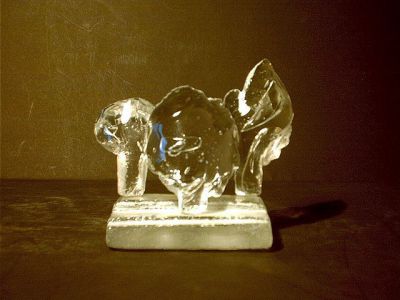 Baton Rouge Gallery is a multi-media art gallery. It is one of the United States' oldest artist co-ops and an important aspect of Baton Rouge's arts community.

The Baton Rouge Gallery was founded in 1965 when eight artists formed a gallery to showcase not only their own work but also that of other local artists. The original eight were reflected in the gallery's original name, The Unit 8 Gallery. The gallery gained incorporation in 1966, having grown to include twelve artists, and became known as Baton Rouge Gallery.

Until a brief closing in April 1994 due to a controversy over an artist's work, the gallery was the nation's oldest professionally run artist co-op and still remains one of the longest-running.

Want to visit this sight? Check out these Self-Guided Walking Tours in Baton Rouge. Alternatively, you can download the mobile app "GPSmyCity: Walks in 1K+ Cities" from iTunes App Store or Google Play. The app turns your mobile device to a personal tour guide and it works offline, so no data plan is needed when traveling abroad.

Create Your Own Walk in Baton Rouge

Creating your own self-guided walk in Baton Rouge is easy and fun. Choose the city attractions that you want to see and a walk route map will be created just for you. You can even set your hotel as the start point of the walk.

Baton Rouge is a city with a rather unique architecture, vividly displaying traces of two major influences, Spanish and French. Alongside the notable buildings waiting to be explored in downtown Baton Rouge there are quite a few other attractions not to be missed, too. To find out exactly which, follow this orientation walk and make the most of your time in the city.