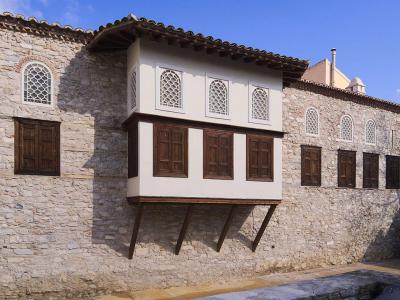 Nicely restored and free to visit (voluntary donations welcome), here is a great display of an Ottoman-era (16th century) house, identified as the last surviving konaki in Athens. Despite being overlooked by guide books, it is full of information (in English and Greek) and surprisingly takes up more time than the 10 mins to visit, opening up a new view on the late period of Turkish occupation without which the city's architectural history would have been incomplete.

Visual material, as well as audio applications and digital interactive exhibits, narrate the history of a distinguished family whose daughter became a saint (Saint Philothei, her relics held in a golden coffin in the Metropolitan Cathedral of Athens), as well as the way of living then and there.

On the first floor is a loggia, supported by pillars, which was glazed in later years. The mansion’s courtyard is surrounded by high walls, typical of Athenian residences of the era.