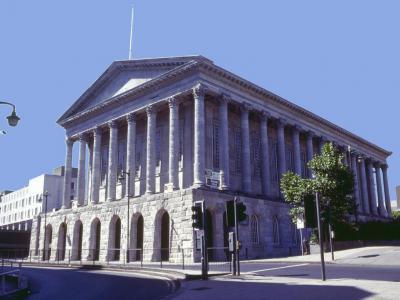 The town hall is famous for its concert pipe organ. Originally installed in 1834 by William Hill with 4 manuals and 70 stops, this was subject to many rebuilds and alterations, all by William Hill, until a restoration by Willis in 1932. By 1956 the organ had been enlarged to 90 stops.