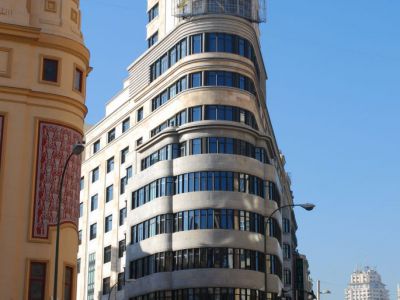 The Edificio Carrion, located in Plaza Callao, is the building that hosts the Capitol Cinema. It is a famous landmark of Gran Via and was built between 1931 and 1933 using marble and granite. The building has an art-deco style with several decorations and incorporated technological advances, which was totally new at the time.
Image by Emilio Garcia on Wikimedia under Creative Commons License.
Sight description based on wikipedia