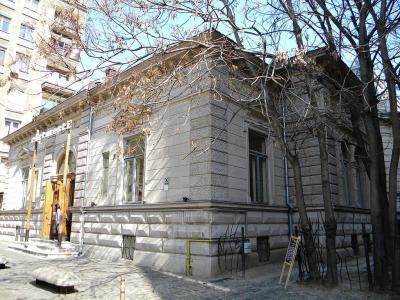 Cristi Puiu, Ciprian Porumboiu, Cristian Mungiu are the Romanian heroes of the New Cinema Wave that put Romania on the international map of major film festivals and contemporary cinema, at the beginning of the 2000’s. They are the architects of Romanian Minimalism, a movie trend that had direct impact on the regional Eastern European cinema, they way it appears nowadays and the way it is screened in film festivals such as Cannes and the Berlin Film Festival. But the most important thing, the Romanian New Wave movies connected their audiences to ardent issues in Romanian society. Political issues, cultural issues, social issues, corruption, poverty, high-level demagogy, the communist legacy and civic passiveness constitute the blend and the thread of contemporary Romanian movies. The directors of the New Wave pride themselves with the ability of looking into the heart of the society, without embellishing it, and refraining from visual pleasantries, offering their audiences chunks of forceful life depictions that haunt the viewers’ memory long time after a first screening. Cinematographic masterpieces such as “Aurora”, “The Death of Mr. Lazarescu”, by Cristi Puiu, or “4 months, 3 weeks and 2 days”, by Cristian Mungiu received high critical acclaim and are widely regarded as a treasured addition to the already vibrant European cinema environment. DVD standard and special editions of short and feature films from the Romanian New Wave are available and can be purchased in selected book stores. Operation hours: Monday - Sunday: 10:00 am - 10:00 pm
Image by Britchi Mirela on Wikimedia under Creative Commons License.