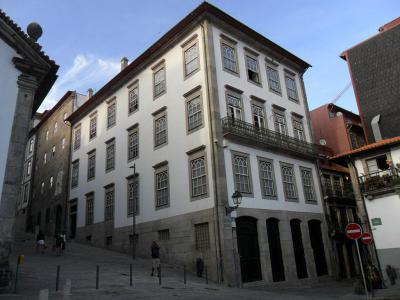 Built in the 1300s, Casa do Infante – also known as Alfandega Velha or the Old Customs House – is a beautiful mansion located on Porto's periphery. Believed to be the first home of Prince Henry the Navigator, it has originally served as the residence of the royal family and, later, as a customs house due to its proximity to the river Douro. Prince Henry the Navigator, the fifth son of King John I, is famous for the many discoveries he made while at sea, including the opening of many trade routes which made Portugal a world power of his day, back in the 1400s. Today, it serves as the municipal archives and museum. The latter comprises three levels with exhibits on each floor.

Over the years, the building has been remodeled many times to fit the needs of new inhabitants, which in turn makes it an interesting mixture of architectural styles. More recently, it has been the focus of archaeological research which has revealed Roman foundations along with the incredible mosaics currently displayed at the museum, which features interactive displays in both Portuguese and English.

Why You Should Visit:
Compact but informative museum; gives a good insight to the building itself, which was used as a Customs House and coin mint, and also the growth and development of the city of Porto from Roman times onwards. A lot of the exhibits seem very new, with some audiovisual and interactive displays. Entry fee is very reasonable!