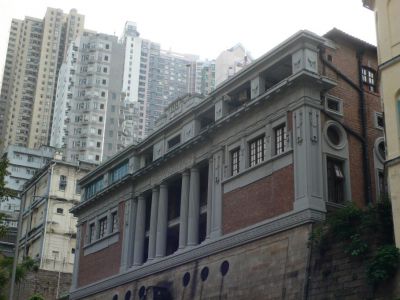 The Central Magistracy is located in the Central district of, Hong Kong Island on Arbuthnot Road. It was commissioned in 1913 and its construction was completed in 1914. The Central Magistracy stands on the original site of the first Hong Kong Magistracy built by the British. This building was one of the first erected by the British upon their arrival in Hong Kong. The former structure dated back to the mid nineteenth century, circa 1847, and was demolished in order to make way for the new building and additional blocks.

The present Magistracy building features the Greek-revival style, with imposing pillars of the facade, and has an overall majestic appearance. The walls of the building are made of granite blocks. A basement has also been added in the new design, and this provision caused much delay in the construction work.