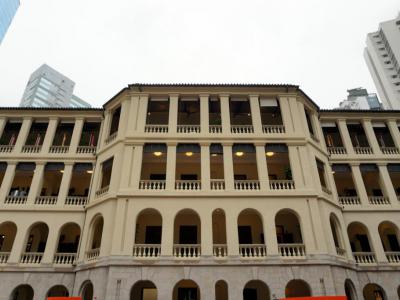 The Central police station is located in the Central district of Hong Kong, at the eastern end of Hollywood Road. This site actually dates back to the middle of the Nineteenth Century when the British first came to Hong Kong.

Due to the ever changing social, political and operational changes that have occurred in Hong Kong over the last century and a half, these structures have been repeatedly modified and altered.

A 3 storey barrack block, constructed right next to the Victoria Prison in 1864, is the oldest structure within the police station. In 1905, another storey was added, plus several more between 1910 and 1925. During this period, many people moved from mainland China to Hong Kong, and many police stations had to be built in order to maintain law and order in the increasing population.