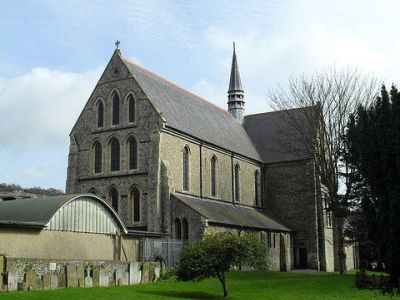 Charlton Church was initially a small church whose early references were found in a manuscript referring to St. P. Charlton. In the nineteenth century, a new church was built, one that was bigger than that with the same name. A stone in the altar reminds us of the previous church that was destroyed. The new church appeared in 1893. During the Second World War, it was seriously destroyed because of a nave that split the walls. The church underwent serious repairs after that, supported by the Archbishop of Canterbury in 1952.
Image by Javi Vte Rejas on Flickr under Creative Commons License.