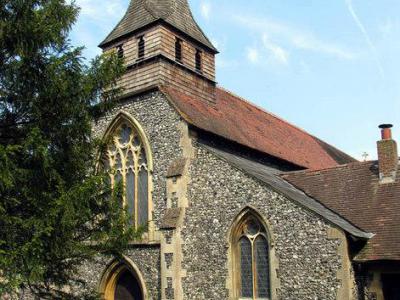 Church of St Andrew is a Saxon church that was enlarged in the 19th century. Considered too small, some parts of the church were extended. In the 14th century, a sanctuary and a chapel of St. Thomas were added. The church dates back to 1180 and has an old and mystic image. In the 19th century serious repairs were made, especially on the west part of the building. In the courtyard there were 100 year-old trees, planted there in order to enlarge the church and to give it a new image. This church was mentioned in the Domesday Book.
Image by fab4chiky on Flickr under Creative Commons License.