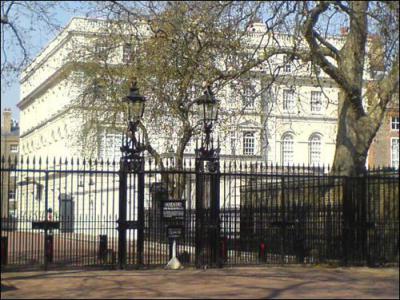 Clarence House is a British royal residence. It is attached to St James's Palace and shares the palace's garden. From 1953 until 2002, it was home to Queen Elizabeth The Queen Mother. It has since been the official residence of Charles, Prince of Wales, and his wife Camilla, Duchess of Cornwall.

Clarence House was also the official residence of Prince William from 2003 until April 2011, and of Prince Harry from 2003 until March 2012. It is open to visitors for approximately one month each summer, usually in August. Although lack of the glamorous of other royal palaces, this unassuming four-story house is well worth a visit if you come to London during this time of the year. Here you will have a chance to get an insight to private royal living.
Image by Funguy06 under Creative Commons License.
Sight description based on wikipedia