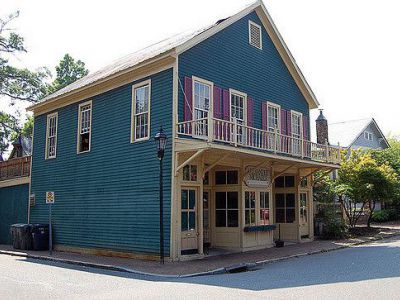 Alexander Michael's is a tavern in the Historic Fourth Ward of Charlotte. Visitors can stop by the tavern for lunch any day of the week. While they are there, they should take a moment to appreciate the history of the building.

The tavern is held in a building that is known by locals as the Crowell-Berryhill Store. It was originally a market. In fact, it is the only turn-of-the-century grocery store that is still standing in uptown Charlotte. The store opened in 1897 as part of the Star Mill Grocery Company, a grit and mill feed producer. It changed hands a number of times until it was eventually purchased by Earnest Berryhill in 1907. The store remained in use through the mid-20th century, and then went vacant and began to decline.

Luckily, an investment group chose to purchase the land and restore the property to its previous glory. Today, visitors can stop by to appreciate the restored craftsmanship while having a drink and a bite to eat.
Image Courtesy of Flickr and James Willamor.