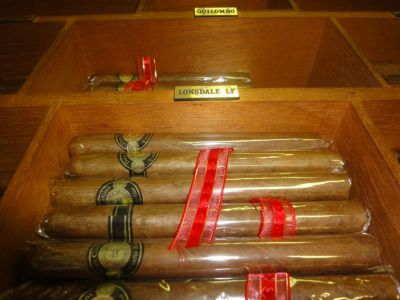 The Spanish brought them back to Spain from Puerto Rico and called them “cigarillos.” Cigar making is still considered an art form in Puerto Rico. Until the late 1950’s, Puerto Rico was among the world’s largest tobacco exporters but the industry has since declined. There is a variety of Puerto Rican made cigars, but one of the oldest and most well-known brands from the island is Don Collins. Don Collins cigars are handmade in the oldest surviving cigar factory in the Caribbean. The factory, which dates back to 1506, is available for tours. But you don’t have to go to the factory to take in the aroma of the famed tobacco, just walk into any one of the tobacco shops in San Juan or you can head straight to the Don Collins shop. Don Collins cigars use 13 different kinds of Puerto Rican grown tobacco produced by independent farmers on the island. A Lonsdale bundle will run you about $140.00 while a bundle of Puros Indios costs $225.00. But if you want to try a few different ones, sample packs are available ranging in price from about $40 - $70 depending on how many cigars per pack. Price: $2-$17 per cigar.