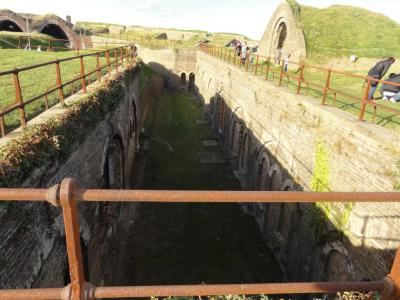 Drop Redoubt is part of one of the most important fortifications in England, The Western Heights. During the period of Napoleonic wars, the city was invaded due to the fact that it was located in the south and had a port, and it needed forts to protect it. Drop Redoubt was strengthened several times, the last time being in the nineteenth century. It is linked to another fort, the Citadel, that forms The Western Heights. Now it is under the protection of the Western Heights Preservation Society that protects it from vandalism and keeps it intact in order to preserve its historical status for a long period of time.
Image by Nick Drury on Flickr under Creative Commons License.