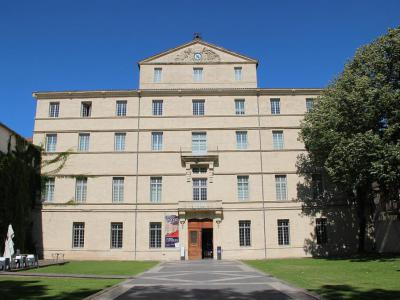 Francois-Xavier Fabre, student of Jacques-Louis David, winner of the Rome Prize for art in 1787, married the Princess Louise of Stolberg-Gedem. She was very rich. When she passed away in 1824, Francois inherited her wealth and used it to found an art school in his hometown of Montpellier.

Back in 1802, Montpellier received a gift of 30 paintings. This was the beginning of small city museum. Fabre died in 1837. He left 100 more paintings to the museum. His collections formed the basis of the Fabre Museum. The museum is housed in a large four-story building close to the Comedy Square in the center of town.

Other renown artists contributed to the collection. The museum is classified as a Museum of France by the French Ministry of Culture.

The museum holds an impressive collection of ancient European ceramics and paintings from the 15th to the 20th centuries. Painters and sculptors from France, Italy, Spain, Britain, the Low Countries and other European nations are well represented.