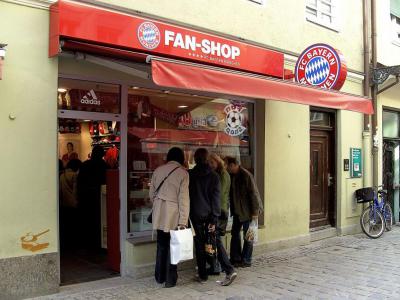 Represented by the colors red and white, with a little bit of the typical Bavarian blue and white diamond pattern thrown into the logo for effect, FC Bayern München is a very beloved German sports club that is based out of Munich. And while the FC Bayern München does host other sports besides soccer (like basketball, handball, chess, gymnastics, bowling, and table tennis), they are most known for their “Fussball” as the Germans call it.

Pride for FC Bayern München runs thick in Bavaria, and with good reason; they have won 22 national titles and 15 cups. Three of the European Cups that the team won occurred consecutively in the 1970s, when the club was being run by Franz Beckenbauer. Because of this, some people believe that that was the club’s heyday, but in actuality, they are still going pretty strongly now. On game days, especially when playing at home (which now takes place in the Allianz Arena, rather than the Olympic Stadium, as it did for 33 years), fans come out in droves, decked out in red and white from top to bottom to support the team. Singing throughout the streets, underground trains, trams, and busses, the fans certainly make themselves seen and heard.

FC Bayern Munchen Fan Shop is the place to pick up a team jersey so you can feel being part of the city. Cost for a jersey of your own: around 50 to 70 Euros.