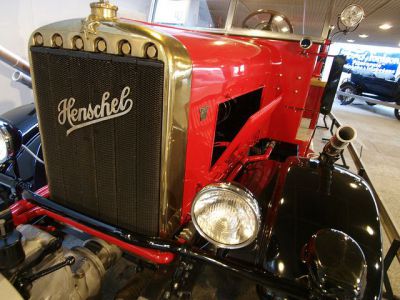 The Museum of Fire-fighting in Riga was opened in 1978, in a former fire station. The splendid Art Nouveau building, located at Hanzas iela no 5, was designed by architect Reinhold Georg Schmeling and finished in 1911.

The museum documents the history of fire fighting in Latvia, starting from the second half of the 19th century to the present day. Spread over two levels, the museum features fire fighting equipment, vehicles, uniforms and different tools, as well as awards, distinctions for bravery and documents related to fire fighting history. The first floor is dedicated to the period from the 19th century till 1940, showing uniforms, mechanical pumps and other equipment used for putting out fires in those days. The gem of the first floor collection is the Chevrolet Six fire engine. The second floor displays uniforms, documents, awards, and pictures of fire fighters who lost their lives in the line of duty, as well as pieces of fire-fighting machinery, flags and photographs spanning from 1940 onwards. Temporary exhibits are held in the museum on a regular basis.

Apart from viewing the displays, visitors to the museum can also take part in quizzes and attend courses on fire prevention and fire fighting. Educational materials for children are available.