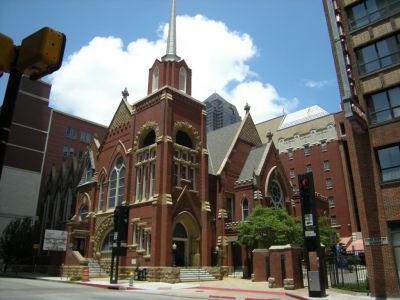 In the current day setting, the church not only ministers to its thirteen thousand members, but also runs a small college, a school, and several radio stations throughout Texas. The local congregation is also known for its mission work in the downtown Dallas.
Image Courtesy of Wikimedia and Joe Mabel.