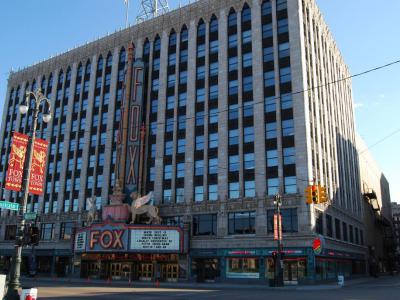 The Fox has 5,048 seats (5,174 seats if removable seats placed in the raised orchestra pit are included). It is the largest surviving movie palace of the 1920s and the largest of the original Fox Theatres. The Fox was fully restored in 1988. The adjacent office building houses the headquarters of Olympia Entertainment and Little Caesars.