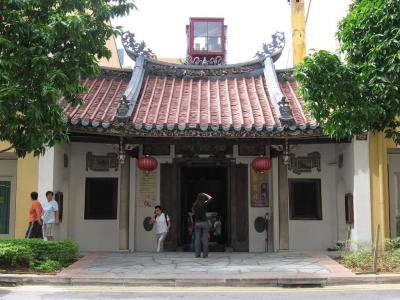 The Fuk Tak Chi (Chinese: 福德祠) is the oldest Chinese temple in Singapore, built in 1824 by Hakka and Cantonese immigrants five years after the founding of the modern city in 1819. Dedicated to Tua Pek Kong, it is a Shenist temple which caters to the religious needs of both Confucianists and Taoists.

The small shrine later also catered to the welfare of the large Chinese community by functioning as an association.

In August 1998, the building was restored and converted into a museum with artifacts on the lives of early Chinese migrants in Singapore in April 1998.
Image by Sengkang on Wikimedia under Creative Commons License.
Sight description based on wikipedia