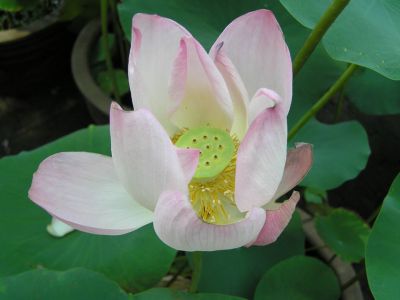 Garden of Cultivation, Suzhou (must see)

The Garden of Cultivation is one of the best preserved examples of a Ming Dynasty classical garden in Suzhou. It is part of the UNESCO World Heritage Site Classical Gardens of Suzhou on the World Heritage list.

The 3,967m2 garden is divided into an eastern section of residence and a western garden section. Altogether the garden has 13 pavilions, 17 tablets, and 8 stelae. The Western section is composed of several pavilions around the main Lotus Pond, a rockery, and a smaller garden addition named The Garden of Sweet Grasses.

The structure of the garden is formed along a north to south axis which ties the three main elements of rockery, pool, and hall together. The 700 m2 Lotus Pond is square with two water tails to give the illusion of infinite size. These tails are crossed by Fish Viewing Bridge and Ferrying Beauty Bridge. The former is a three step arched bridge adjacent to the Fry Pavilion. The latter is a natural stone bridge at the entry to the Sweet Grass Garden. The Garden of Sweet Grasses is a scaled down version of the main garden and consists of the Sweet Grass House and Bathing Gull Pond as well as a smaller rockery.

Operating hours: Monday – Sunday: 7 am - 4:30 pm
Image by Miguel A. Monjas on Wikimedia under Creative Commons License.
Sight description based on wikipedia

The southern region of Suzhou is home to a number of historic attractions and prominent city landmarks. Here you will find the famous Grand Chanel, Pan Gate, Ruiguang Pagoda, Wu Gate Bridge, Great Wave Pavilion, Confucian Temple and Master of the Nets Garden.