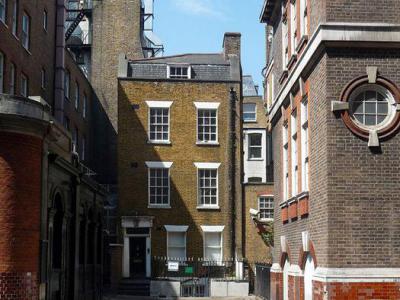 Famed in the late 19th century by the world-famous British fictional character, Sherlock Holmes, recently the former headquarters of London’s Metropolitan Police, habitually referred to as simply “Scotland Yard,” made appearance in the Harry Potter series as well. Outside Westminster Station, the Great Scotland Yard provided setting for the Ministry of Magic’s exterior, while the rear entrance to the Scotland Yard itself appeared as the Visitor’s Entrance to the MoM.

Viewers of “Harry Potter and the Order of the Phoenix” will surely recognize the spot at the corner of Scotland Place with a red phone box through which the characters would enter the Ministry by dialing the magic 62442 combination. Sadly, you won’t be able to repeat the stunt, as the phone booth was only a prop specially brought in for the movie and was promptly removed once the filming was done.

Scotland Place made another appearance in “Harry Potter and the Deathly Hallows – Part 1” when Harry, Hermione, and Ron sneaked into the Ministry under the guise of MoM employees.
Image by Stephen Richards on Wikimedia under Creative Commons License.