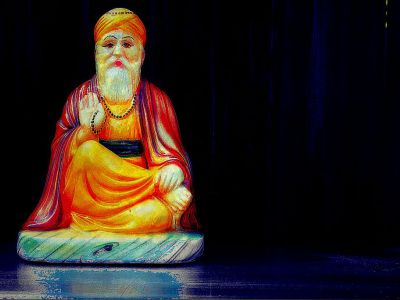 While in Leicester, don’t miss the chance to visit Guru Nanak Sikh Museum, a very unusual museum devoted to Sikhism and the Guru Nanak. There are a number of exhibits relating to Sikhism, which include manuscripts, pictures and other artifacts. In addition to serving as a museum, this building is used as an active Sikh temple. If you do decide to visit the temple, don't forget to leave your shoes outside and to cover your head if you are a woman.
Image Courtesy of Flickr and harminder dhesi photography.

Leicester is a city in the East Midlands of England with a rich past. Valuable historical monuments in Leicester are under the special protection of the local government and are the pride of the city. Take this self-guided tour of central Leicester and admire the city's rich historical buildings.

Leicester is one of the oldest cities in England, whose history goes back almost two millennia. The Romans arrived in the area around 47 AD, during their conquest of southern Britain. Following the Saxon invasion, Leicester was then captured by Danish Vikings, in the 9th century.

The settlement was first documented in the early 10th century, under the name Ligeraceaster. At the time of the...  view more