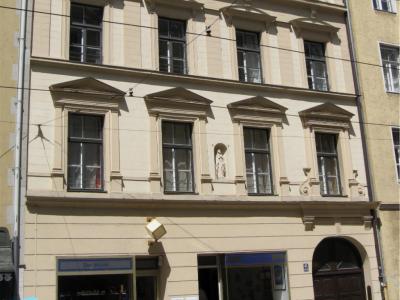 After being discharged from the German Army in March 1920, Hitler returned to Munich and went to work full-time for the National Socialist German Workers' Party (Nazi Party), which was headquartered in the city. He rented a small bedroom at Thierschstrasse 41, from 1920 to 1929. Later, he rented a second room to use as an office. In 1936, the Munich city council placed a plaque on the building which read, "Adolf Hitler lived in this house from 1 May 1920 to 5 October 1929". The building still stands; Hitler's former room is used for storage.
Image by Rufus46 on Wikimedia under Creative Commons License.
Sight description based on wikipedia