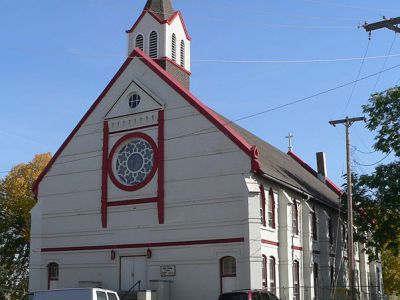 The building was designated an Omaha landmark in 1985, and listed on the National Register of Historic Places in 1986. According to the City of Omaha, Holy Family is the oldest remaining brick church structure in the city.
Image by Ammodramus on Wikimedia under Creative Commons License.
Sight description based on wikipedia