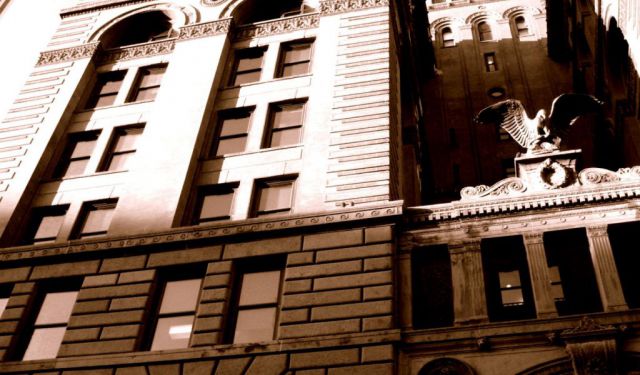 Florence is the oldest community in Omaha; it is the place where the first structures and buildings in the State of Nebraska were built. The community has many sites of historical value. The first inhabitants of Florence were the Mormons who founded Winter Quarters and Cutler's Park. Take this tour to visit some of the most important places in Florence.
Image Courtesy of Flickr and shannonpatrick17.
How it works: Download the app "GPSmyCity: Walks in 1K+ Cities" from iTunes App Store or Google Play to your mobile phone or tablet. The app turns your mobile device into a personal tour guide and its built-in GPS navigation functions guide you from one tour stop to next. The app works offline, so no data plan is needed when traveling abroad.

The Winter Quarters Mill Museum building was built in 1846. At that time it was called the Winter Quarters gristmill. In 1848, the mill was rebuilt. It provided agricultural support for the town of Florence. The building is registered in the National Register of Historic Places under the name of Weber Mill in order to honor the Weber family who had been millers of Florence for 104 years. The building is being renovated. Over the years, it was modified to suit the needs of farmers. The building contains the only structural remains of Winter Quarters; this mill is the oldest in the state and has been transformed into a museum. The exhibits contain historic photos, newspaper clippings and different artifacts from the pioneer era. The museum is open from 1 pm till 5 pm Wednesday through Sunday from May 1st until September 1st. In addition to this, visits can be made by appointment.
Image Courtesy of Wikimedia and Smallbones.
2

The Bank of Florence was an early wildcat bank located at 8502 North 30th Street in Florence. After originally opening in the 1850s, it closed and reopened in 1904. It is listed on the National Register of Historic Places, and is the oldest building in Omaha.

The Bank of Florence was built as a wildcat bank for speculators to make an easy profit. Many of the early investors included members of the land company that founded the nearby town of Saratoga, as well as local businessmen. When the Panic of 1857 hit, many local townspeople and farmers were financially drained. The building reopened as the Second Bank of Florence in 1904, and was restored as a landmark in the 1980s.

Today the building has been turned into the Bank of Florence Museum, which is owned and operated by the Florence Historical Foundation. Visitors can view the main bank floor, the vault, the rooms upstairs that served as the home of the original bank manager, and a restored Florence Telephone Company switchboard. The bank is open on Fridays and Sunday from May through August and on special event days. Tours on other days can be arranged by appointment.

Image Courtesy of Wikimedia and Smallbones.
Sight description based on Wikipedia.
3

This park is the oldest park and town square in Nebraska. It was created by the first pioneers in this area in the 1840s. In the park there is a Historical Marker telling the history of Winter Quarters. The Winter Quarters was an encampment of members of the Church of Jesus Christ of Latter-day Saints. They used this encampment during the winter of 1846-1847, during their voyage to the West. The encampment had approximately 800 cabins, housing 2,500 people. It was populated until 1848.
Image Courtesy of Flickr and TEDizen.
4

The Florence Historical Foundation restored this house in 1996 after the death of Maude Keirle, the last member of the only family that ever lived there. Built with a variety of styles, the Keirle House is a Midwest "classic box" with Queen Anne and classical revival details. It was built to face the town square of Winter Quarters, which the Mormons originally laid out in 1846.

Until February 2011, the House previously served as offices for the Uta Halee Girls Village executive offices. On March 9, 2012, the Keirle House was purchased by Robert and Kristina Mitchell for the purchase price of $110,000. Robert and Kristina will use the house as their primary residence. The House remains on Omaha's Landmarks Heritage Preservation Commission registry.

Image Courtesy of Flickr and Bethany Gronberg.
Sight description based on Wikipedia.
5

The Mormon Pioneer Cemetery is located at 3301 State Street in present-day Florence at the north end of the city. The Cemetery is the burial site of hundreds of Mormon pioneers who lived in Winter Quarters, a temporary settlement that lasted from 1846 to 1848 as the settlers moved to Salt Lake City, Utah. It was designated a landmark by the City of Omaha in 1990.

Records of The Church of Jesus Christ of Latter-day Saints (LDS Church) indicate that 359 Mormon pioneers were buried at the site. Remnants of three of the graves are visible today, uncovered during the erection of a commemorative monument in 1936. The monument, a bronze statue by Salt Lake City artist Avard Fairbanks, depicts parents who have committed the body of an infant to the grave. The graves of a number of Florence residents are also located in the cemetery. The community of Florence began to use the cemetery several years after the departure of the Mormons and prior to the Mormons the area had been used as an Indian burial ground. With the exception of a commemorative marker in the nearby city park, the cemetery is the only visible reminder of the Mormon settlement.
Image Courtesy of Flickr and JuicyJamba.
Sight description based on Wikipedia.
6

The Winter Quarters Nebraska Temple is the 104th operating temple of The Church of Jesus Christ of Latter-day Saints. Winter Quarters is considered hallowed ground for the members of the LDS Church. It was the site where early members of the LDS Church settled after they were driven out of Nauvoo, Illinois. It was also where many Mormons, including many who came from Europe, encamped before crossing the plains to the Salt Lake Valley.

In preparation for the open house, members of the Church and the community of Florence worked together creating handcrafted flowers for storefronts and decorating historic sites and markers with balloons. Over 61,000 visitors toured the Winter Quarters temple during its open house. Members all over the United States and Canada watched via satellite broadcast as Church President Gordon B. Hinckley dedicated the Winter Quarters Nebraska Temple on 22 April 2001. During the dedicatory prayer Hinckley recognized the sacrifice of the Saints and the great spiritual and historical significance of having a temple at Winter Quarters. The Winter Quarters Nebraska Temple has a total area of 16,000 square feet (1,500 m²), two ordinance rooms, and two sealing rooms.
Image Courtesy of Wikimedia and Dannywsu.
Sight description based on Wikipedia.
7

The Notre Dame Academy and Convent is located at 3501 State Street in the Florence neighborhood. It is significant for its ethnic association with the Czech population in Nebraska as the only school and convent of the Czechoslovakian School Sisters de Notre Dame (this is not the same order as the School Sisters of Notre Dame) in the United States. The building was listed on the National Register of Historic Places in 1998.

Influenced by the 1898 Trans-Mississippi Exposition, Omaha architects Matthew Lahr and Carl Stangel designed the E-shaped convent and school in 1924. It was constructed in phases over the next twenty-six years, all complying with the original design. It was designed in the late Italian Renaissance Revival style. Notre Dame Academy was sponsored and staffed by the Notre Dame Sisters from 1926 through its merger with Rummel High School to form the present Roncalli Catholic High School in 1974.
Image Courtesy of Flickr and TenThirtyNine.
Sight description based on Wikipedia.